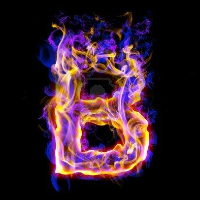 THIS IS A DRAFT

EXPLORE now
generation is degenerate to a point where our traditional and cultural values have all but disappeared. In our bid to upgrade our status from developing to developed, we have adopted both the good and the worst of western ideals. Unhealthy philosophies like the ones mentioned below reign supreme in today’s Africa;

it is now OKAY to do anything to get money quickly

Having sex is not a ‘big deal’ and is ‘empowering’, thus leading to casual and unsafe sexual escapades

Only “light skinned” people are beautiful

If I am in a position of power, I must have my own share of the national cake

You can get anything you want by using what you have, etc.

All such ideals have been passed on unconsciously and otherwise to the most impressionable, eventually taking root and forming the basic principles by which we live . This eventually leads to high crime rates, low self esteem, corruption, promiscuity, disease and other ill vices that plague many African societies today. The wound of these ill vices have eaten extremely deep into the system that a cover dressing has failed. While it may be too late for this generation, we can do something for the coming ones by awakening a revolutionary attitude adjustment for our Children’s BEST tomorrow.

Derived from the famed Jade Precious stone praised for ALL its qualities. Mystical powers have even been ascribed to the stone; its antiquity contributes an aura of eternity as it is believed to be a terrestrial bridge between Heaven & Hell. Particularly popular is the belief that Jade can predict the stages of one’s life – more brilliant & transparent confirms good fortune ahead.

This guide is from the combined experiences of your predecessors – people who’ve been where you are now and want to make your transition as easy as possible. Be a Sponge! Your important duty is1st absorbing everything ASAP; imbibe the culture early on so it becomes a habit Gett to know the working and communication systems and company-wide goals. Enrol for opportunities, sign up for professional development classes and participate in themed activities to maximize your experience with us and a great way to meet people. Don’t Overcommit Yourself. Do be careful to balance your schedule—you want to have plenty of time to learn the ropes as you grow. ASK QUESTIONS That’s what everyone else did. As you learn about new processes, projects, and people, don’t be afraid to ask questions. You need to get up to speed, and people will expect it from the new person on the team. Add comment below for more clarification. Best of luck

YES you can take it with you! LEARN TO EARN and Thrive even in adversity. Invest in yourself! Chose any bundle and get the power to Create, Control and Sustain Expigitally™

How much have you been throwing away? Turn your JUNK into Treasure & Augment your income Expigitally™

Having a Good Time without stopping the hustle regardless of the situation! Start Saving tomorrow TODAY!

Its time to be SELFISH! Invest in yourself; nurture & maximize opportunities to be secure Expigitally.

Collect & Store your Treasure virtually; you never know…they may come in handy one day. Click for more information

BJI is a business development and management company dedicated encouraging professionalism for job efficiency by developing modules designed to help individuals/business achieve veritable success through smart working techniques. We pride ourselvselves on the ability to discern needs, create and/or transform ideas, fashioning them into sustainable wealth generating ventures. The Nigerian commercial industries/sectors are vicious and unforgiving; poorly executed idea, abandoned projects and human nature makes gradual market infiltration a waste of resources. Engaging us on any level will provide ingenuity, originality, uniqueness of concept and increased mileage This document summarises our strategic direction & identity. The feature Brands have been tested and refined since 2007 in various geographical climes and will be developed under the BJI license until 2022 when they will be floated as individual companies Activity

WE BUILD BRIDGES. Fill appropriate form(s) for the BEST possible service.
Other Forms

WE ARE 60 Diamonds! Let us focus on our journey through independence & how we can effectively achieve our millennial goals using Indigenous Expigital Modules. You know what they say about the “early Bird”…read it here

Blaq Jade Inc. is a resource center for Brand Lifestyle Solutions. Living Biologically in a technical world, we designed Expigital Modules & Templates as a multifunctional tool for the Global Entrepreneur.

There are no users currently online